Where you from? Whos ya mob?

When Riley starts playing rugby league, he loves it—until a new friend from footy asks him a difficult question. All of a sudden, Riley doesn’t know who he is. 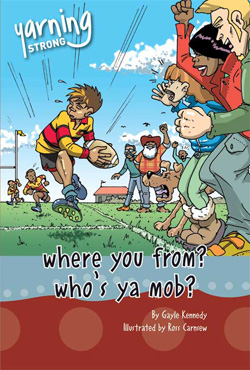 Text type: Where you from? Who’s ya mob? is a narrative text in graphic novel form.